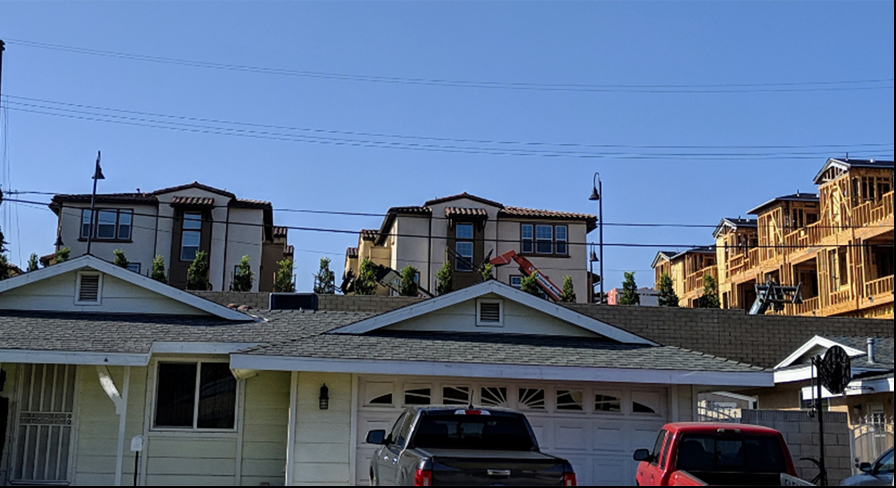 DON’T BE FOOLED by homebuilders’ fancy photos of parks and trails.  Their vast public relations teams are working overtime to fill our mailboxes and magazines with beautiful FAIRY TALES of the “good neighbor” communities they want to build.  Like always… THEY AREN’T TELLING THE WHOLE STORY!  They want to turn OUR little remaining Open Space into THEIR short-term profits, regardless of the impacts to our community.   We’re a group of your La Habra neighbors asking you to help us spread the word about the TRUE IMPACTS of taking Open Spaces — impacts that we, the citizens of La Habra, will ALL have to live with FOREVER.

Doesn’t it take you FIVE TIMES as long to drive Beach Blvd. toward the 5 freeway as it used to? How many times have you had to wait for TWO OR MORE GREEN LIGHTS just to get through a single intersection in La Habra? Why? Our City keeps approving developments without implementing the recommended traffic fixes. It’s bad enough with “infill” developments. It’s far worse when they develop previously Open Spaces. Rancho La Habra alone will add 6,166 NEW CAR TRIPS per day, much of which is concentrated at rush hours.

Doesn’t it seem like you have to park FURTHER away and it takes LONGER to park each time you visit Walmart or Sam’s Club or Costco? Isn’t it harder and harder to find street parking in La Habra? Adding homes where Open Space used to be brings more and more cars to the City. When these cars are out and about, they worsen the parking situation in the City. It’s already hard enough to find parking on our streets and near our stores.

Our City resources are already overtaxed, and our schools are already overcrowded. Taking Open Space away and turning it into houses and multi-family units just makes this problem worse. Rancho La Habra alone would build nearly 450 HOMES AND MULTI-FAMILY, but a total of ZERO NEW SCHOOLS. We all know the fees these developments generate for the schools and the City departments can’t possibly fix all the overcrowding they generate. Who gets stuck with the impact of the overcrowding? We do.

Open Spaces and their natural landscapes protect against greenhouse gas effects. Taking away Open Space and replacing it with housing projects not only removes these protections, but creates new greenhouse gas during construction AND during operation once the project is complete. For example, the Rancho La Habra project INCREASES GREENHOUSE GASES BY TEN TIMES over its current use, from 868 to 8,964 metric tons per year.

Isn’t the relaxed, suburban way of life the reason most of us moved to La Habra in the first place? Isn’t more space between people, rather than less space, what we all should be looking for in times of SOCIAL DISTANCING? Didn’t many of us already leave cities where development was out-of-control and houses were being built right on top of one another? We definitely don’t want to see that in La Habra! Losing what’s left of our Open Space could be the true tipping point moving from SUBURBAN to URBAN feel of our city. Remember that once we lose our Open Spaces, THEY’RE GONE FOREVER!

You'll be hearing from us soon.